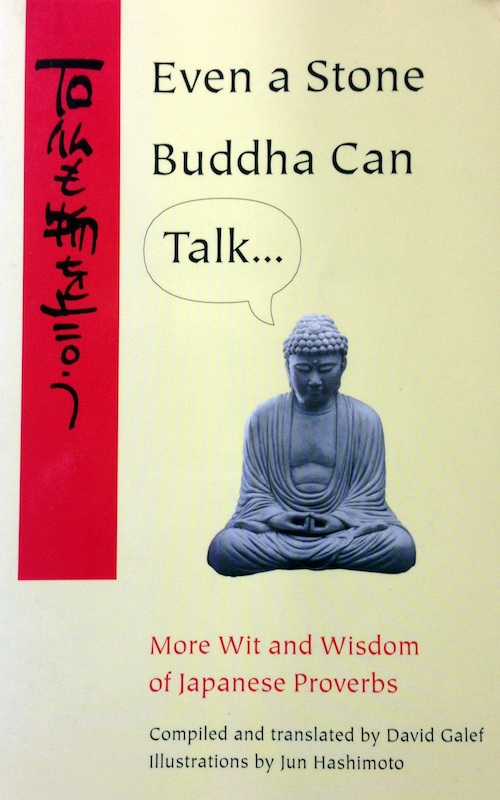 Even A Stone Buddha Can Talk

This second collection of one hundred Japanese proverbs, published thirteen years after the first collection, Even Monkeys Fall from Trees, follows a similar format: translations and Western equivalents, alongside Jun Hashimoto’s manga-style illustrations. They range from the well-known, such as Shikakau na zashiki o maruku haku, “To sweep a four-corned room in a circle” (To cut corners) to Mitai ga yamai, “Wanting to see is a weakness” (Curiosity killed the cat). The foreword is by Charles Shiro Inouye.

Jun Hashimoto has collaborated with Galef once again to make another one hundred Japanese proverbs come to life. They make a good pair. Whether word or figure, their work is true to the situational, experiential emphasis of Japanese aesthetics in general, and of proverbial wisdom in particular.
–Charles Shiro Inouye, Professor of Japanese, Tufts University