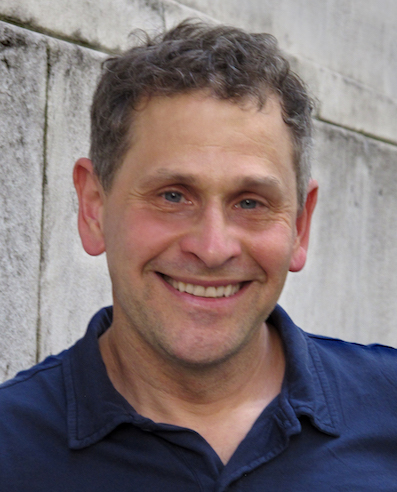 David Galef is an American fiction writer, critic, poet, translator, and essayist because he can’t seem to make up his mind what to specialize in, though he’s been a writer for 40 years. He has published over fifteen books, from novels and short story collections and children’s books to poetry books, criticism, and translation. A few highlights: His third novel, How to Cope with Suburban Stress, was one of Kirkus’ 30 Best Books of 2007. His second short story collection, My Date with Neanderthal Woman, won Dzanc Books’ inaugural short story collection prize, and the title story was performed at Selected Shorts at Symphony Space. His latest book is Brevity: A Flash Fiction Handbook. For a list of awards, publications, et cetera, see his CV.

David received a B.A. in English from Princeton, and an M.A. and Ph.D. in English from Columbia, with a specialty in British Modernism. From 1989 to 2008, he was a professor of English at the University of Mississippi in Oxford, where he administered the M.F.A. program in creative writing until 2007. In 2008, he received a Fulbright Fellowship to live in Tokyo for four months, after which he returned home, landed a job in New Jersey, and hopped back over the Mason-Dixon line. He is now a professor of English and the creative writing program director at Montclair State University.

David is married to the journalist and editor Beth Weinhouse. Their son, Daniel Galef, is a writer, too, God help him. David and his family live in Montclair, New Jersey, a cool, artsy community where you can’t throw a rock without hitting at least three writers.

Fun fact (at least some people find it fun): David is also a humor columnist for Inside Higher Ed, where he writes about a school called U of All People.