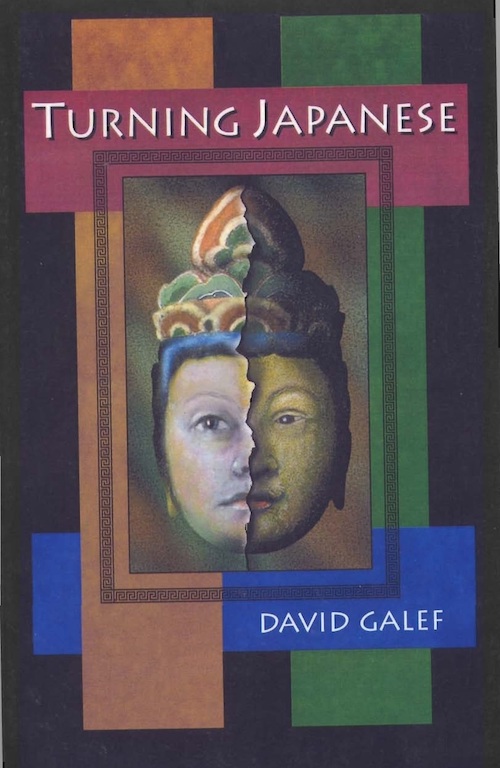 It may already be too late for Cricket Collins, a recent Ivy League graduate who travels to Osaka for his first real job as an English instructor. The time is late 1970s, with Japan quickly becoming the new find-yourself region that India was to the backpack set in the 1960s. From pachinko parlors to paper cranes, tea ceremonies to translation problems, everything is entrancing to Cricket, at first, as he throws himself headfirst into a two-thousand-year-old culture.

But soon he gets fired from his teaching job at Kansai Gakuin for petty theft, and on a brief trip to Korea he becomes embroiled in a sexual misadventure with painful after-effects. Spinning slowly out of orbit in his free-floating expatriate existence, he starts to lose touch with family, friends, and reality. It isn’t until he returns home to America that he begins to turn Japanese with a vengeance.

Turning Japanese is as much about the allure of a foreign culture as it is about the divided existence of an expat and the terrors of ones own mind. Be careful of breaking down the barriers between two cultures: the breakdown you create may be your own.

David Galef captures the allure and peril of living as an expatriate…as Cricket must choose between returning to a homeland where he no longer feels at home and remaining in place where he may never be truly accepted, Galef produces a chilling denouement for this nicely detailed exploration of cultural dislocation.
—The New York Times Book Review

The mind of Cricket Collins…is an unsettling place. With the ink not yet dry on his bachelor’s degree, Cricket is in flight from a chorus of tormenting voices: a dead mother’s worried warnings, an ex-girlfriend’s sarcasm, a father’s disapproval. Installed as an English teacher at an Osaka college, he fills his journal with ‘jottings about Japanese culture, from abacuses to zen” and meets new people who prove to be as judgmental (and as stereotyped) as those he’s left behind.”
—The Washington Post Book World

That David Galef’s second novel, Turning Japanese, is a sometimes arduous read does not detract from its enjoyment. Rather, it underscores the strangeness that permeates the life of one Cricket Collins, American expatriate in Japan.
—The Commercial Appeal

Particularly hilarious…also profoundly sad, which, I suspect, is what comedy ought to be at bottom.
—Susan Fromberg Schaeffer

Interesting from a cross-cultural standpoint….
—Booklist

Galef’s second novel…is bound to strike a chord with the 20-somethings….
—Publishers Weekly